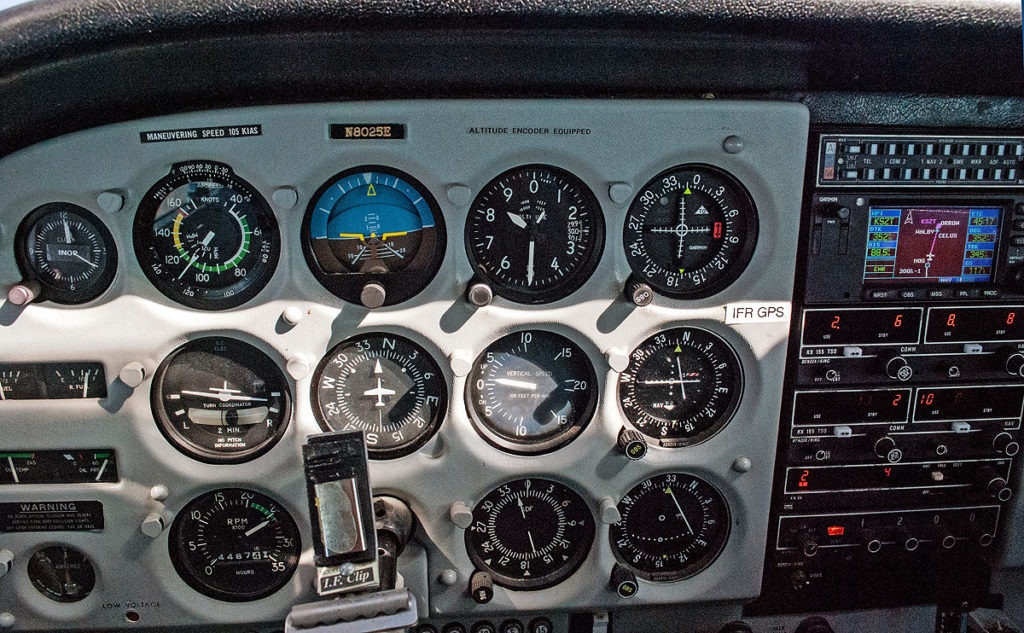 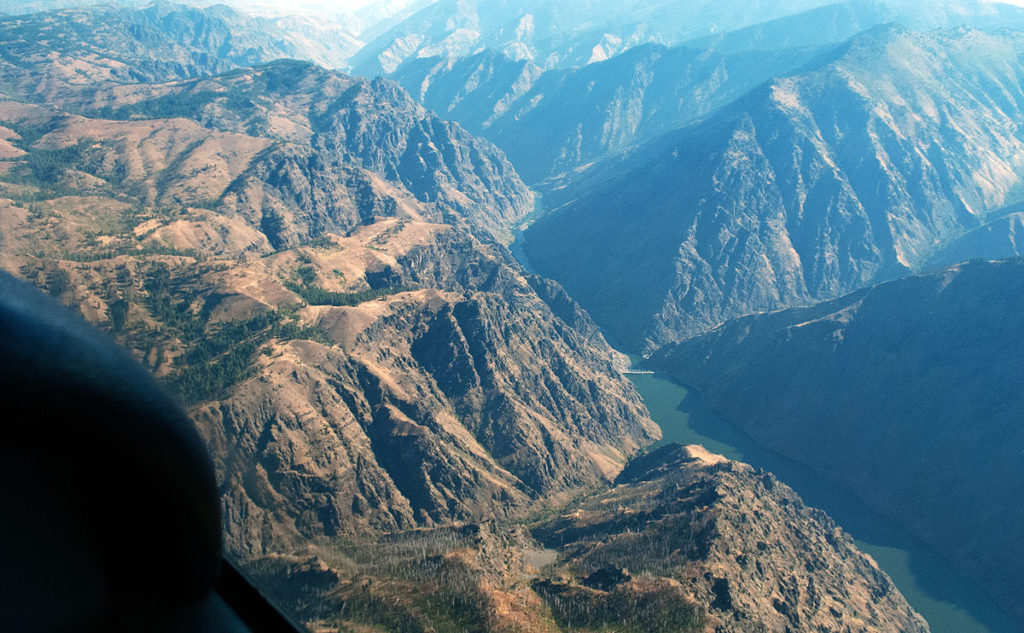 Fifty minutes out of Nampa, I crossed the Hell’s Canyon west of Monument Peak and He-Devil Mountain. Billed as North America’s deepest, its gorge plummets 7,993 feet down to the Snake river. Most of the area remains inaccessible by road, but I got a prime seat.

In fact, a flight along the northern Rocky Mountains on a late summer morning occupies an honored place on many pilot’s bucket-lists. They dream of high peaks punctuated by deep valleys encasing twisting, trout-filled rivers. They imagine hidden meadows traversed by deer escaping valley heat. They yearn for vistas unseen by mere mortals consigned to ground. Indeed, my route offered an aviator’s dream.

Except during fire season. Blazes in Washington, Oregon, and Idaho rendered the air a muddy brown more like LA smog than mountain sky. Thick haze reduced the region’s normal 50+ mile visibility to 20 miles—maybe. And while campfires might smell nice when the stars come out, flame ravaged ridges and hills stink, even a hundred miles away. 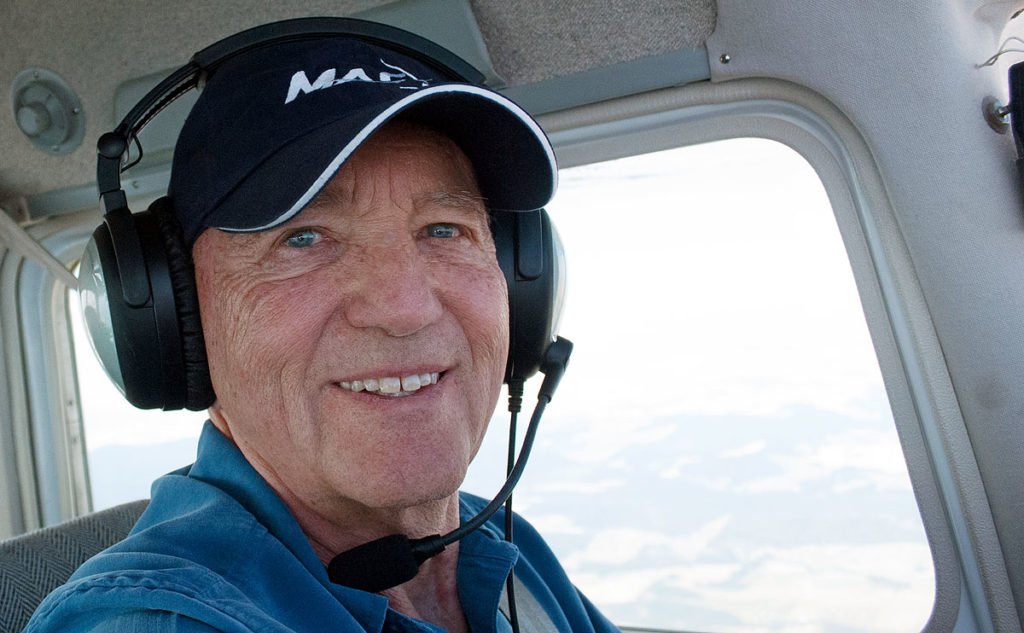 The air at Sandpoint, temporarily upwind from the closest fires, seemed better as I entered the traffic pattern. On the ground, I taxied to the Quest Service Center and parked opposite our Kodiak, sitting high on Wipaire floats. I joined my passengers for a Quest factory tour (definitely worth doing), then ate lunch in town. Finally, the three of us took off for the flight south at 2:30 pm.

Same route, worse air. Murkier and stinkier, It boiled like water rolling in a cooking pot. Not violent, but strong, overpowering the airplane’s built in straight and level tendency. The atmosphere pushed us up so fast I couldn’t dive at a safe speed to hold altitude. Then a moment later it carried us over an invisible water fall, plunging us down. I’d raise the nose to climb—at 9,500 feet I was already using max power—and merely slow the descent until I burst into the next column of rising air. And hold a steady compass course? Random knocks left or right precluded both level flight and heading in any single direction.

Two and a half hours later we reached our destination with no comments from my gracious, pilot-colleague passengers. They endured the rolling, thrashing, roller coaster ride in silence because they knew we succeeded only by returning to the correct altitude and heading every time turbulence knocked us off.

The altitude—9,500 feet—was the only one available, given our airplane’s performance, that also cleared other traffic and the terrain.

The course—172° from Sandpoint to Lewiston, then 167° from Lewiston to Nampa—was the only course that led from where we started to our destination.

Neither feeling, nor perception, nor favor affected the reality of those two absolutes. Sticking to them got us home. Any lack of resolve, on the other hand, would have yielded vastly different results—just like life.