My shoes squished with every step. A shiny trail ran between my desk and a dripping umbrella, waiting by the door for my next trip across the ramp. Six weeks of rain and mottled gray sky made it hard to remember any other color existed. I was tired—tired of wet feet, parked airplanes, and a waiting room full of people who only wanted to go home. Occasionally, the ceiling lifted just enough to fly, so we’d try to do a week’s work in two or three hours. A mad, splashing scramble to load passengers and cargo, and then a parade of planes trundled to the end of the runway. The high humidity formed misty condensation halos around spinning propellers. The bark of supersonic propeller tips momentarily pulsed over roaring engines as each plane took off. 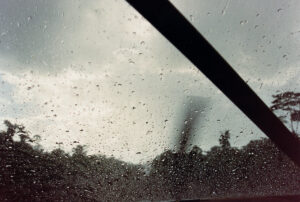 If all this hustle worked, the planes came back in a couple of hours coated with weedy, slimy mud. Often, though, it ended in frustration when the jungle strips were too wet to land on, or the ceiling dropped back down to the trees. Then, the whole idea of ministry sank into a sloppy bog. Life degenerated to a dull sea of catching up on old jobs, washed over by waves of apathy. Sure, there was finally more time, but it was hard to read, hard to plan, hard to pray, hard to believe. 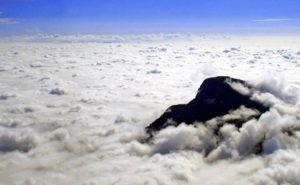 But then, I’d make an emergency flight to Quito. The official instrument procedure dictated a climb to the east over the jungle up to 10,000 feet before turning back west for the mountains. I had to make 15,000 feet by the entrance to the pass. The featureless gray outside gave no clues of earth, sky, or motion. Life became simple. Follow the instruments and live, or ignore them and die. Then, ever so slowly, the gray, wet wrapping brightened. Suddenly it broke to blinding, cobalt blue above and rolling hills of dazzling white below. True light shone everywhere with exuberance and wild generosity. Dark, moldy, tendrils clinging from the foggy depths below vanished like a bad dream forgotten. The sun shone whether I could see it or not, and the cloud color depended entirely upon which side I looked at.

So, which side of life faces you these days?