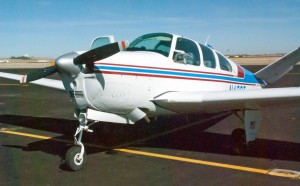 Flying mixes two of life’s apparent opposites—tech and art. And this week I get to indulge in both. 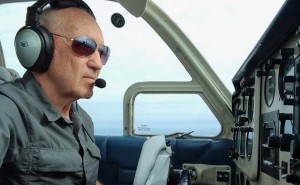 Squinting in morning sun I monitor the aircraft’s systems

For the last two days, tech challenged. MAF asked me to deliver a rocket. The donated Beechcraft BE35 Bonanza, scooted along nicely. During the 9-hour flight from Nampa, ID to its new owner in Vicksburg, MS I routinely experienced ground speeds over 210mph. Equipped with way more computing power than NASA possessed going to the Moon, and a solid auto-pilot, I pointed the airplane in the right direction, leveled off at the correct altitude, then sat back and monitored systems. Look outside for other traffic. Look at the ground to confirm the GPS and moving map display tell the truth. Check flight instruments for the right heading and altitude. Switch fuel tanks every 30 minutes to balance the load in the wings. Scan the gages to ensure the engine and its systems still play nicely. Repeat. 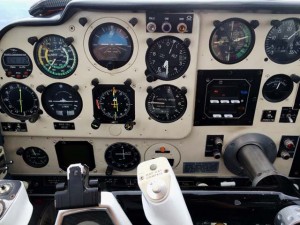 I like the precision of keeping multiple systems coordinated. Since time mattered, I chose 75% power. That means I opened the throttle (like a car gas pedal) to 22” of manifold pressure, set the propellor (like a car transmission) to 2,450 RPM, and then adjusted the fuel/air mixture for the altitude—9,500 feet crossing the low part of the Rockies. When I descended to a lower altitude on the east side of the mountains I readjusted. 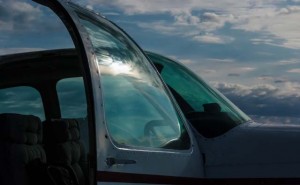 And then there’s juggling opposing forces. Thrust forward surpassed drag holding me back. Lift pulling me up counteracted weight (2,856 pounds for that flight) wanting to fall. In balance they produced efficient transportation. Out of balance they would’ve yielded disappointing results. Fine tuning made the difference. 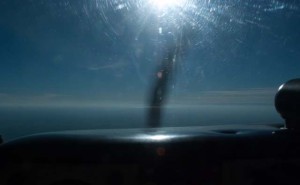 Flying halfway between Earth and Sky 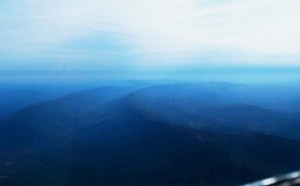 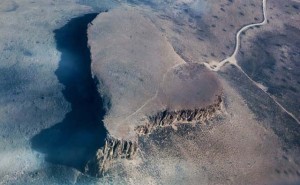 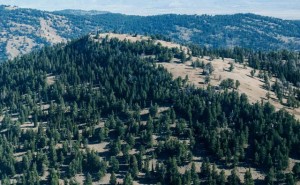 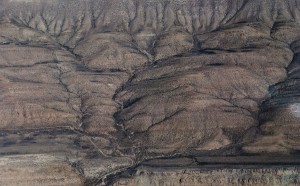 I imagined God’s fingers lifting up, swirling around, patting flat, dredging channels. East bound over Idaho, Wyoming and Colorado, early morning sun, hot bright in cobalt sky, heated my cockpit and woke sleeping life below. I looked down on ridge and bluff that might not have ever known a human foot. Isolated ranches and mines, some accessible only via deep defiles, spotted the expanse. A terrible, beautiful loneliness surrounded the two of us—God and me. 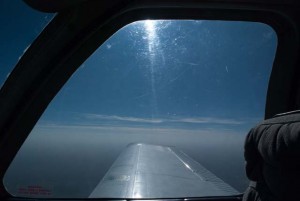 This terrible, but beautiful loneliness draws me closer to my Creator

After the crossing, I turned southeast to the prairie ranches of Kansas and Oklahoma, then the woods and farms of Louisiana and Mississippi. Humans, more evident now by their marks on land and river, remained distant, down there, over there in a different place. God’s touch still evident on Earth’s face, he added light dancing through high clouds, their wind blown shadows migrating over hills and fields like herds of dark sheep. 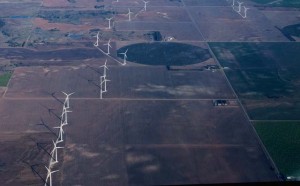 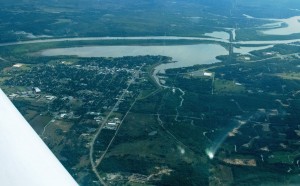 Man marks the Earth along the Arkansas River

Was I the only one seeing these now? Probably. No airliners above. No other planes around. I felt a privileged, exclusive guest for God’s continuously playing show. 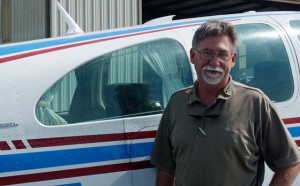 Finally, Vicksburg’s Tallulah airport appeared on the west bank of the Mississippi River. Alone, away from the city on the opposite bank, it sat almost idyllic amidst field and trees. I entered the traffic pattern with the runway to my left. Configured the airplane, turned left for base leg, then left again for final approach and landed. In a few minutes I surrendered the magic machine and reentered the world of men.

3 thoughts on “Just the Two of Us”